Best most consistent vendor I have ever used is soma supplies but they are a bit pricey
"If you change the way you look at things, the things you look at change."
~IDK who said this
Top

We got ours through reindeeramanita.com

It's thanks to the owner we embarked on this journey.

The shop's ethics are great, shipping is fast, prices are low and the caps are beautiful.

We will likely be exploring the forest to find our own next season.

I have a vendor page on my website now. Working on populating it. All vendors are ones I have personally bought from without them knowing it was me before I would allow them to buy ad space.

https://www.amanitadreamer.net/buy
The sun never says to the Earth, "You owe me". Look what happens with a love like that. It lights up the whole sky. ~Sufi
AmanitaDreamer.Net for videos on amanita
Community/mushroomvoice.com
YouTube Amanita Dreamer
Instagram @amanitadreamer
Top

I just got my purchase of 100 g dried amanita muscaria via the http://amanitamuscariastore.com/ (Lithuania). It was sent in a zip-loc bag in a soft brown envelope, no padding, no parcel. So when they arrived I basically got a bag of powder, since all the dried caps were crushed during transport. Since I just made my first batch simmering them in water, it seems to be ok and workable. Just wanted to let you know.

Hello everyone, I want to share with you my new store - https://followthemush.com/
Autumn harvest of 2022, high quality caps.
I used to sell on etsy until I found out it was prohibited item 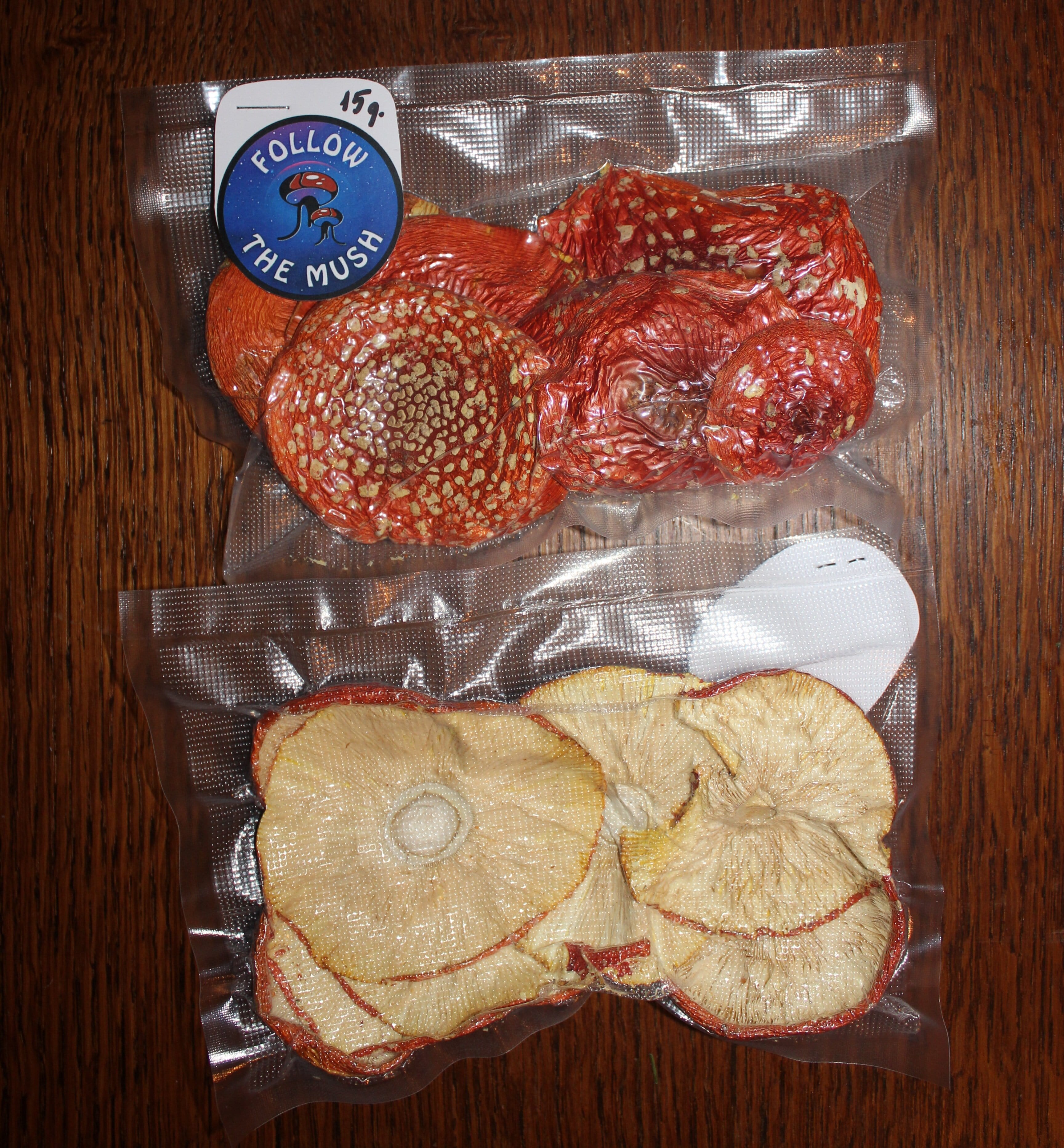 EDIT: I am currently sold out of Amanita tincture. I have enough for one last batch so we are currently running a pre-order on my website, but once this batch is sold out I be done until next season starts to fruit.

This batch of Amanita's are from the Yukon in Northern Canada. (the ones pictured on the website are going to be the next batch and are Amanita Muscaria Var. Guessowii (Yellow sub species of Amanita) from Northern Quebec, Canada)
Caps only.
This batch was made following Amanita Dreamers tea recipe, but boiled down to concentrate the tincture more.
Then ethanol was added at the as a preservative similar to all of our other functional mushroom tinctures on our website. (to 30%)

Like I mentioned above I will be doing another batch later in the year, however these will be caps from Northern Quebec, Canada and are Amanita Muscaria Var. Guessowii (Yellow sub species of Amanita).

I am not doing huge runs of these, just wanted to make these available to those who do not want to/unable to make it themselves.

Once my supplies are gone I have to wait until next season before making more.
Last edited by MOA on Wed Dec 21, 2022 5:01 pm, edited 2 times in total.
Top

HELP! I bought from amanitamuscariastore based on many reviews - 3 weeks later I still have Nothing!!

I have tried emailing and phoning them and nobody replies.

Has anyone paid them and received nothing??
Top
Post Reply
17 posts