Discussion and research on the other Amanitas. This will be split into separate forums in due course.
Post Reply
2 posts • Page 1 of 1

I have to rewrite this entire post because it timed out and deleted it all. Whoops.

So I haven’t even introduced myself in the forums yet, but when I saw this posted on Sarah Ann Lawless (a poison path, plant ally) by this really cool “idol” of a divine mushroom trinity beautifully crafted between 3000 to 2500BCE in Anatolia (present day Türkiye and Iraq). The god and goddess lean into each other while holding their divine baby. The eyes all over it makes me think amanita is the most likely, as they are reminiscent of an amanita’s flakes.

Those who studied the artifact don’t know for sure which deities are represented here. One thought is Baal with Anat and their child as the origins of Hittite deities Teshub (storm sky daddy), Hepat (sun goddess identified with Arinna), and the offspring as Telepinu (the god of vegetation). It’s tempting to consider the head of the pantheon household, Baal, to be connected with the mushrooms as the head of the pantheon makes sense to me. There are many myths that follow either a god-king who sacrifices himself and is reborn every year for the good of humans (or like Odin who sacrifices himself for knowledge and wisdom), which follows the seasonal cycle. Having a son who is the god of vegetation sounds very much like that.

***sidenote for folks who celebrate Easter: Happy Easter! (or more accurately Easter Monday). What synchronicity we have here on Easter Monday, the celebration of the sacrificed god being reborn. Easter is also an example of this mythological story for what I think is the most common interpretation and view that Christians have about their god. This is a little strange to put down—is it that Jesus is Yahweh’s child who is sacrificed? Or as Jesus “and the Father are one” is it the father god sacrificing himself? Jesus the god-“king of the Jews” after asking this cup be taken from him and basically being told no by sky god dad Yahweh. But before this, what happens? The last supper, right? The Eucharist is the cannibalization of the self sacrificing gods. Jesus said at the last supper that the apostles should eat the bread which is his body and drink wine which is his blood. And, of course, Jesus is not in the tomb (rebirth theme: tombs, dark enclosures are symbolically related to the womb) or he’s next to it or something else happened depending on which gospel you read. And of course Easter is celebrated at perfect timing. Spring! Doesn’t it just feel like everything has come back to life?** I am personally of the camp that Jesus was removed from the crucifixion before he actually died, but that’s neither here nor there.

The way they the three mushroom god family is yoked together as one reminds me of a myth from some ancient Hellenes who believed all of humanity was conjoined with their perfect fit until some god fury happened and everyone was separated, lost to their other half, and never ceasing to find that person again. On this idol, the god, goddess, and divine babe are all stemming from one circular connection.

And then there is the Orphic story of Zeus’ son Dionysos, who is ripped apart alive, endured a backwards sacrifice, during one of his deaths. Humans are born from the ashes left over of the Titans being killed by Zeus’ lightning bolt and from the pieces of Dionysos, which has an interesting result for humankind being born of the ashes and starlight of Dionysos. This particular small sum up of the myth sounds closest to the eating of the god-child... just like we eat the mushroom.

This artifact appears to represent this widely held belief in eating a self sacrificing (mushroom) god, but it would make a lot of sense considering how widely this myth is known for there to be differences within one’s own culture.

I actually found amanita and soma gods: Also this is cool: Soma, the Divine Mushroom of Immortality
http://www.botany.hawaii.edu/faculty/wo ... ect20a.htm 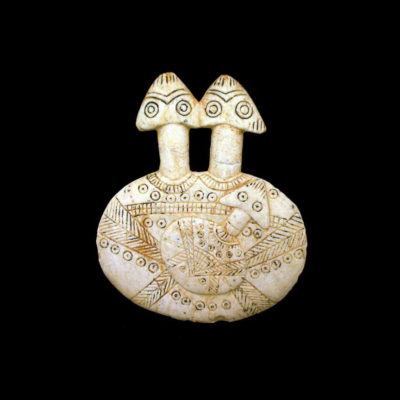 These users thanked the author EasterEverywhere for the post:
BlueHermit21

Re: Artifact of Mushroom Deities and more mushroom gods!

Only read this now, I had to get used to navigating in this forum, not much of a tech person, every new platform is a bit of a challenge, ha ha
Anyway, thank you for sharing your insights.

I am honestly a bit on the fence about Jesus.. has he truly existed in the form they make you belive, there are just so many inconsistencies, and there is also great information that Jesus was invented by the club of Rome.

All I can see is the destruction that followed after the Inquisition, in the name of...indigenous culture was destroyed and suffocated, completely obliterated, t take over control, even the Gregorain calendar is all about control...

and I believe I might have actually experienced this in one form or another, in a previous life, because the reluctance towards Christian Faith has always been so strong.
But I have no dog in the fight, I consider myself something between paganism and not religious at all.
I love ZenBuddhism too but not attached to any path atm.

These users thanked the author BlueHermit21 for the post (total 2):
EasterEverywhere • Arktos

Return to “Other Amanitas”