Feel free to discuss what you want.
Post Reply
4 posts • Page 1 of 1

Hello, complete beginner here. After a month of casual social media research, I have acquired some amanita muscaria and made some tea. I want to microdose and maybe eventually "trip". I will submit the details and results after a brief explanation of my reasons to take up this project.

I will try to keep this short. I have been clinically diagnosed with various mental health issues in the past such as depression and anxiety. I'm prone to agitation and anger sometimes under stress. Sometimes memories and perspective can poison my outlook, causing either depressive or aggressive moods. I'm in a better state these days, but in the past I've received counseling and medications, roughly 8 years ago. The only pills I take that I suspect might affect this experiment is melatonin to help me sleep, 3mg. Anything else is just vitamins and supplements. I have never done illegal or hard drugs, aside from oxycodone when having teeth pulled. I don't smoke, rarely drink alcohol. The internet has led me to this place. I have always wanted to have a psychedelic experience, and I've known the relationship between humans and mushrooms has existed long since before recorded history. I want to believe that this mushroom can be a medicine for my mind, make me into something better - into something ideal and proper.

So onto the tea. In the attached pics you will see the things I purchased. The left bag is 15g of Siberian from mn-nice-ethnobotanicals.com. The right is 30g of Carpathian from amanitamuscariastore.com along with a 50ml tincture of pantherina which I might experiment with at a later time. As of writing this, I have only worked with the 15mg bag. Following mainly but not precisely the instructions from amanitadreamer.net I have made the tea. I used 250ml of bottled spring water. I forgot to buy distilled earlier that day and the 24 hour gas station didn't have any. I prepared this at about 2:00am. I used a temperature probe attachment on my multimeter to maintain a gentle simmer between 190F to 210F in a covered sauce pan. The temperature of water can rapidly fall when uncovered, so I practiced once before to find a stable knob setting for my pot size/water quantity combination as to maintain a temperature that didn't go under 170F without going too hot. The atmosphere inside the covered pot also stayed well above 170F the entire time. I was concerned about the bits that stayed above the surface, but I'm sure everything stay well hydrated and properly heated. I also stirred and flipped the bits of mushroom every 3 or so minutes. I also accounted for water loss from evaporation, still came up slightly short of 250ml at the end and had to add a bit of water at the end. I neglected to break up the caps before putting them in the water, so I sort of chopped them up with a spoon when they softened. The tea had a nice aroma, not too bold. The boil from ramp up to finish lasted no longer than 30 minutes. I began the timer only after the water reached 170F and ended it after 25 minutes. I planned on 20 minutes, but I thought perhaps the caps could lose a little more color. I wasn't sure, but I think either way, the extra 5 minutes would cause no harm. As you can see in the attached pic I used a strainer to remove the majority of the liquid from the pot. After that, I used a coffee filter to press and squeeze more liquid from the mushrooms. I also poured extra water on the spent mushrooms to help wash and possibly pull more actives out, turning the coffee filter into a makeshift bag and squeezing out the liquid to bring the final quantity back up to 250ml. As you can see in the attached pics I put most of the extraction into an ice cube tray for freezing(covered in cling film), and saved some in a tiny ball jar for my first uses.

My final thoughts for this process are that maybe the mesh filter was not fine enough and let too many solids in. I thought of filtering it entirely through a coffee filter, but wondered if the filter would soak up too much good stuff. I wonder if I could have simmered at a higher temperature, or if what I did was sufficient. I saw amanitadreamer's videos, and it looked like she boiled it really hard compared to me. I cook a lot, so I know the bottom side of the pan can get incredibly hot fast even though it appears to be a gentle simmer.

So onto my first microdose report. At about 2:30am I took 0.75tsp(3/4tsp) with half a cup of water and 2tsp of lemon juice. Plain tasting but pleasant. I had prepared my statement of intentions for days. I recited it just before drinking. At 3:45am I decided to make myself a plate of spaghetti. I also keep sauce frozen in ice cube trays. Boiled some water, popped some sauce cubes out and into the microwave. Pasta, cheese prep etc. So I really like cooking, so I couldn't tell if my mood was improved because of cooking or because of the tea. I did find myself wanting to dance a little while going from place to place. I also know I was conscious of this phenomenon prior, so I can't say if I was exhibiting this behavior intentionally or not. Ate my food, watched a show and brushed my teeth. I was feeling tired around 4:45am and laid down eventually at about 5:50am. I did not take melatonin. My sleep wasn't very good. I tossed and turned more than usual. I did dream more. Was this influenced by the tea? Possibly, or I could have been playing into my own awareness. And not taking the melatonin could have caused my poor sleep. I can't remember the dreams, but I do know they were just curious dreams, not unpleasant or frightening. If you're wondering about these strange hours, it's because I work 3rd shift. I typically work 9pm-5am, and sleep from about 6am-2pm.

I intend to find my dose. What my dose is, I cannot say. I was hoping that it will make me sleep deeper. I will increase my dose today to 2tsp. 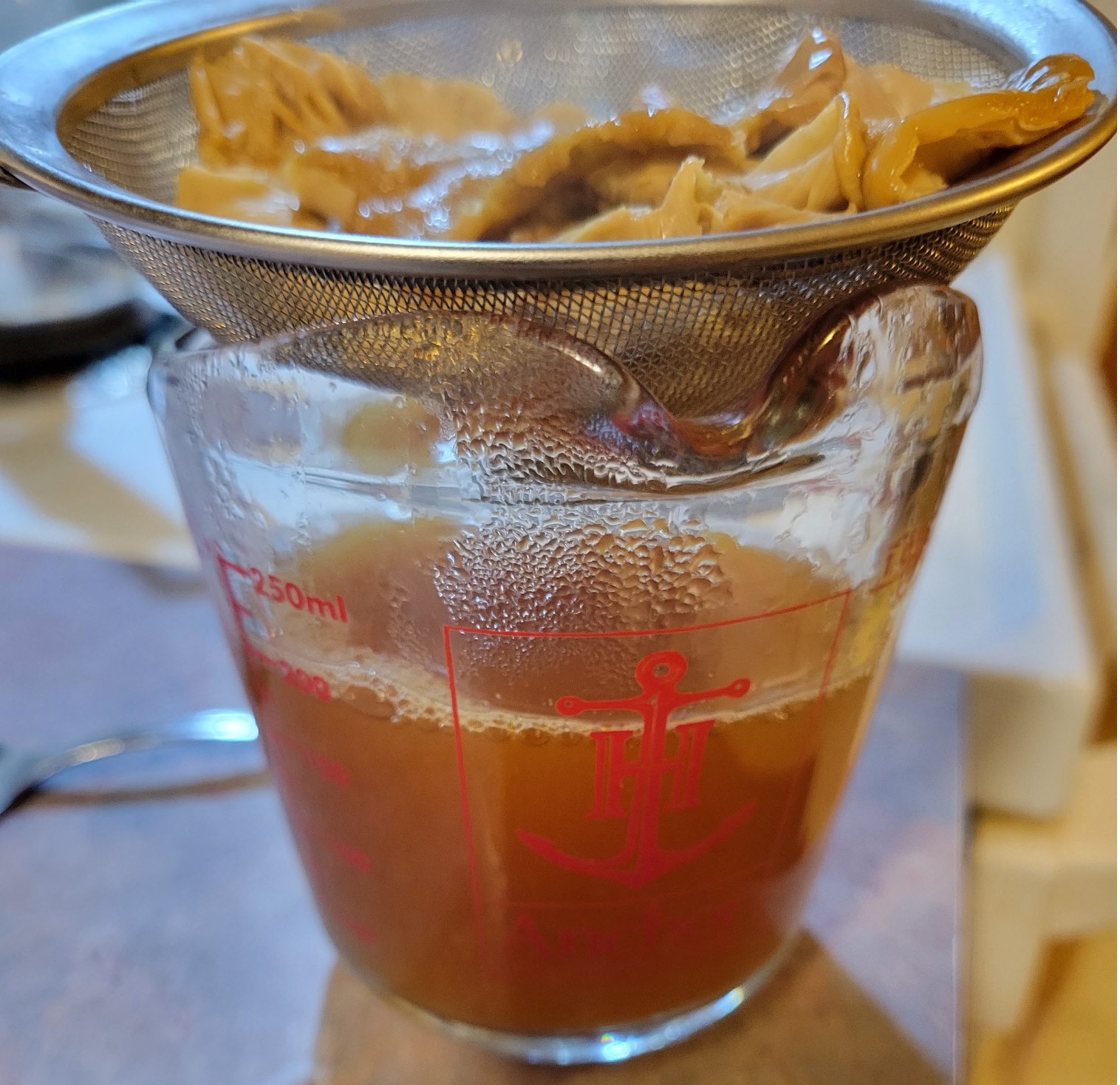 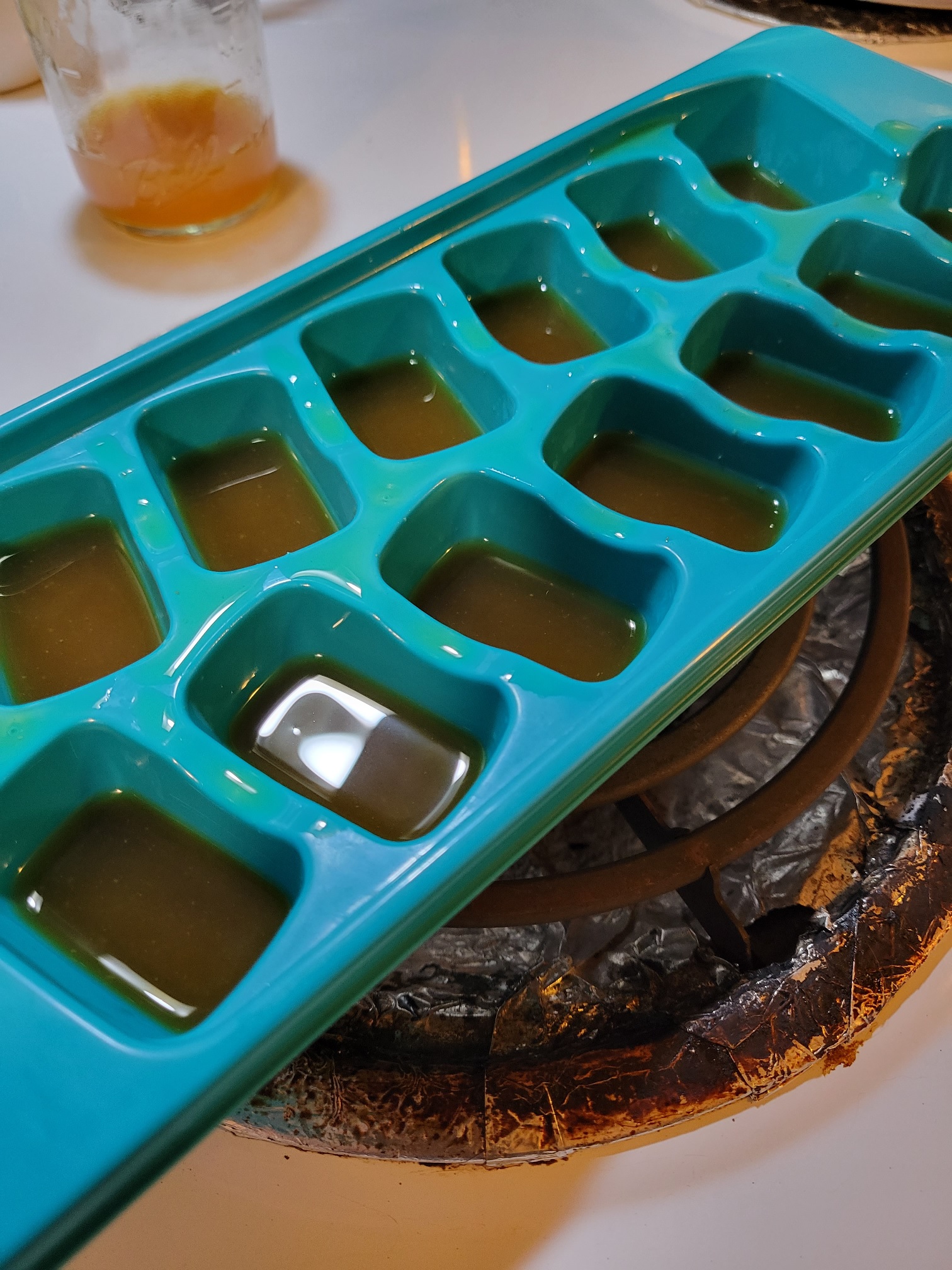 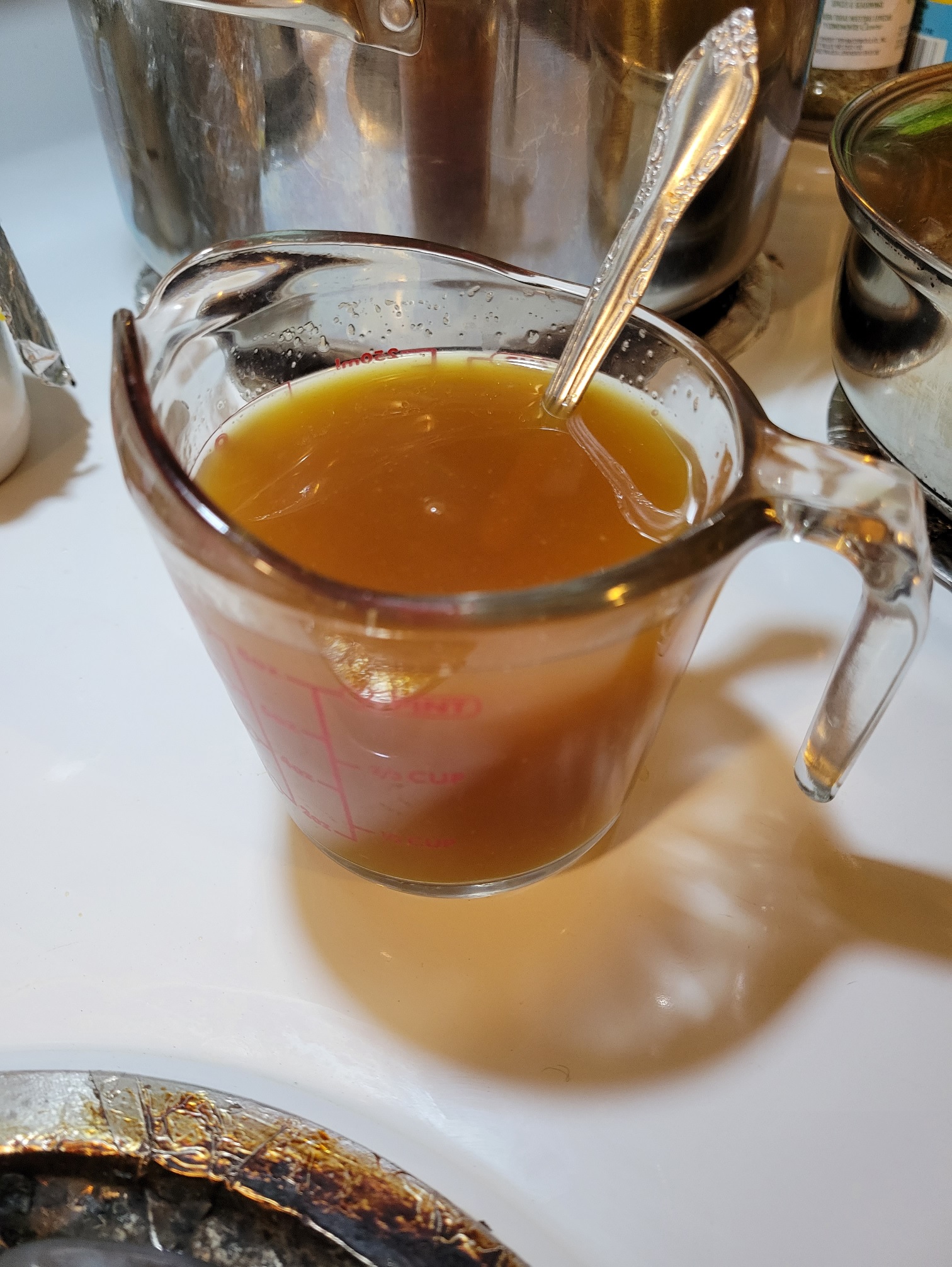 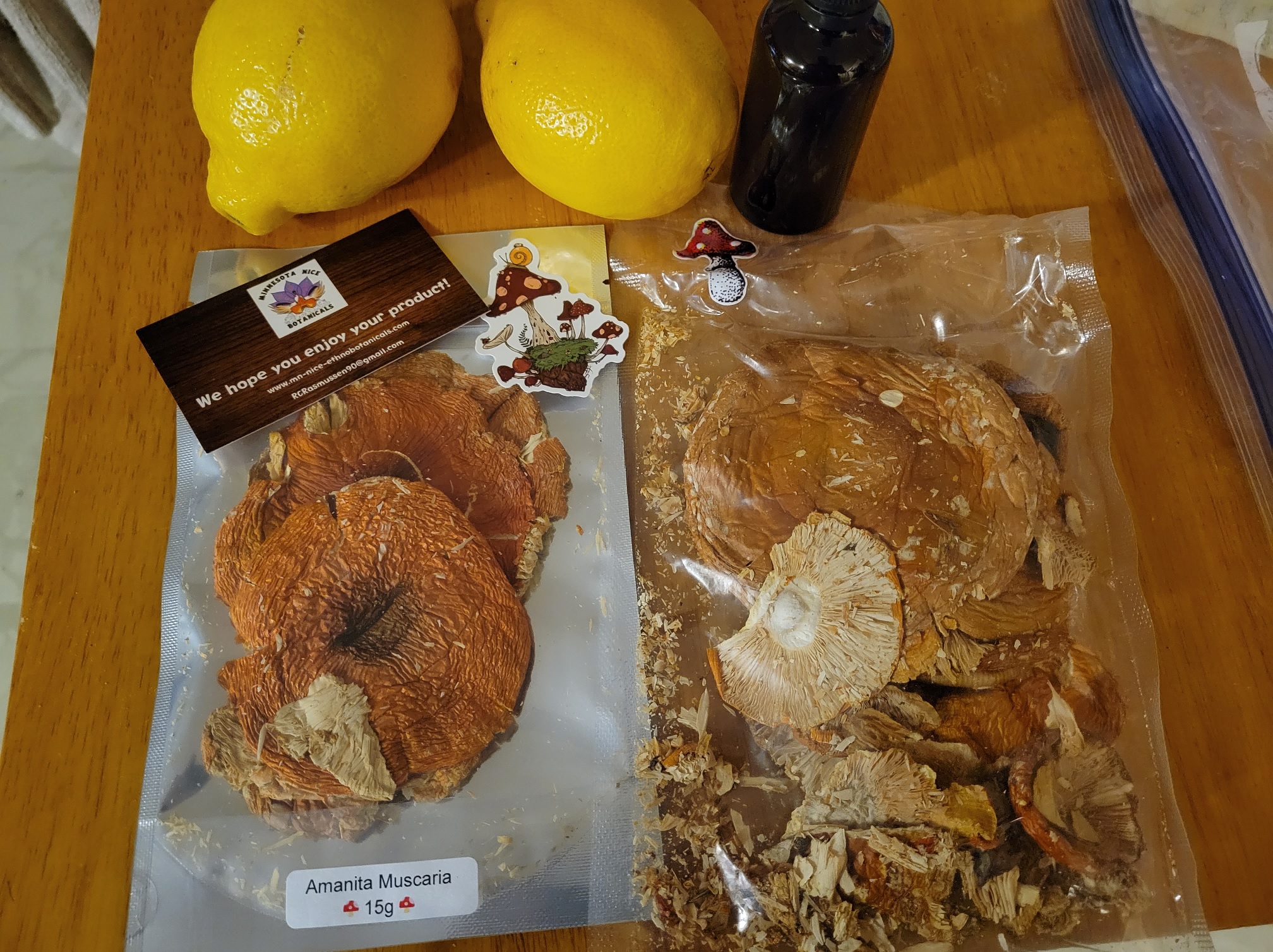 These users thanked the author Catsgate for the post:
thedole

Took my second dose of 2tsp around 1:30am - same as before with a little over a cup of water and 2 tsp of lemon juice. I wanted to see if maybe stretching out the window between ingestion and sleeping might reveal any effects. Can't say I felt anything different from the day before. I did take my 3g of melatonin as I wanted to make sure I got some decent sleep since I will be going into work tonight. I did sleep better than the day before but I don't remember any dreams. Suppose I will increase my dose again - being new I'm curious if my first batch is just really weak, maybe I'm just more tolerant. Maybe 2 tablespoons this time. I'm trying to find that equivalent of having a few shots of whiskey. The first bit I saved from the beginning still has somewhere between 30mland 40ml left. I'm tempted to just drink the whole remainder since it's supposed to go bad soon. We'll see.
Top

Third dose taken at 10pm. Decided to drink the remaining 40ml with 2tsp of lemon juice and some water. Was a little nervous taking that while at work but I didn't really feel anything that I can be sure of. I did feel good for a while and then felt tired. My mood was regulated, proper. Slept well. Can't remember any dreaming. Woke up before alarm. I was kind of hoping that larger dose would push closer to feeling something definite like feeling tipsy. Would have accepted a stomach ache even just to know there was some potency. Maybe this batch is weak? Maybe I'm more tolerant? Anyway I will continue to microdose and report back this weekend. Only time will tell and I still have another 30g of Carpathian caps and a 50ml tincture of pantherina.
Top

Reporting in for the week. Have been talking approximately 10-15ml a day of tea from Siberian caps from mn-nice-ethnobotanicals.com, around 2 hours before bed. My sleep has improved. I actually slept while a neighbor mowed the lawn, this usually wakes me up. My dreams are increasingly curious. I can barely remember the dreams but I am nothing if not delighted by them. As of writing this I have taken 1ml of a 50ml tincture of pantherina extract from amanitamuscariastore.com. I understand that pantherina is more potent so I'm seeing where it goes. I entertained the idea of tripping this weekend but I only have 1 day off so, within a few hours depending on how I feel I might take more of the tincture. Not sure how much dry pantherina went into the 50ml tincture. Bought some proper silicone candy molds to divide up my next batch of the 30g of dried Carpathian caps. Hopefully they will be more potent.

From what I'm learning the dose is dependent on the potency of the batch you're working with so perhaps one cup of tea can last twice as long as another. Meaning there is no way to gauge it. You have to make the tea, then take small doses until you feel like it's working and redo this process with every batch.
Top
Post Reply
4 posts • Page 1 of 1